Here’s How Blockbusters Use Social Media 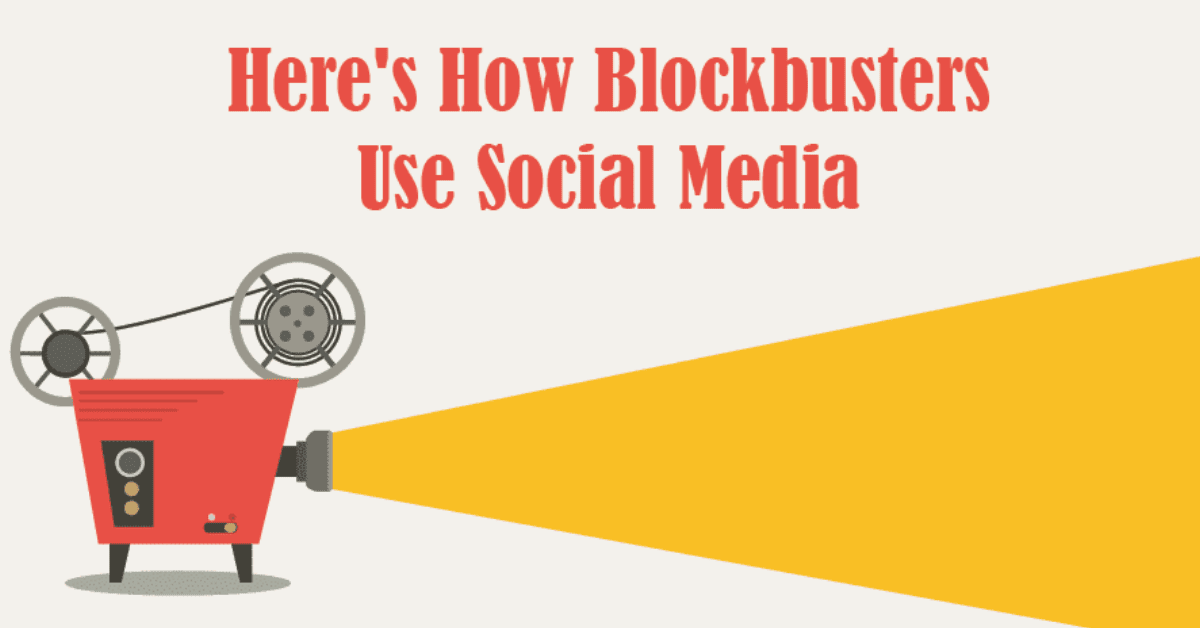 They scream. They entice. They engage. They mesmerize you all the way into booking the show right on the release date. Movie promos on social media platforms are powerful enough to make or break a movie. They engage with the audience and can bring out the spirit of the movie.  New age directors, fresh movie themes and innovative approaches in movie production have paved the way for a new stream of cinema. Combined with social media marketing this is, truly, a marriage made in heaven.

Movie promoters have moved on from traditional magazine interviews and BTL campaigns to capturing likes and shares on social media. It’s not just about ‘eyeballs’ and one way communication, but the interactivity and level of engagement offered by social media platform is unmatched. Let’s take a look at how two movies – Godzilla and The Amazing Spiderman – made use of social media marketing to promote themselves.

After a 16 year gap, Godzilla returns by sweeping away happy ‘likes’ from fans and smashing the box office and with its strategic marketing approach. The marketers carefully spaced out the first release of the poster, the website and the trailer before wrapping up with a flurry of online promotions. The campaign also gave an opportunity to win tickets using the Godzilla location tracker. The fans got to design Godzilla themed wall papers and download Godzilla themed ring tones. These audio visual aids help in creating a mood and tone and mounting curiosity to watch the legendary beast return to the big screen.

There was extensive campaign on Vine where fans were asked to send their best Godzilla impressions using the hashtag #godzillaroar. Not to mention the mobile and desktop games. The campaigns drew excitement from the fans as it featured creations from fans on the Godzilla tumblr site. The marketers invited prominent YouTubers to produce ‘Godzilla’ themed videos, some which received millions of views.

The most awaited movie of 2014, ‘Godzilla’ is characterized by the classic Godzilla roar, the most iconic sound effect from the film. The campaign chose to place emphasis and pay tribute using 6 second video loops. The fans were encouraged to go on a roaring frenzy and create a vine video of the primal fury. Now, this was a refreshing start in engaging the fans, an out-of-the box initiative aimed at creating a sense of involvement with the Monster on screen. So fresh, that it got fans roaring, gawking, walking  like a two legged monster! Social media marketing win? We think so too.

This is the vine that came out tops:

The Spiderman saga continues its reboot, exciting all super hero movie goers with a very tactical social media campaign. The campaign invited the super fans from the New York film academy to participate in a promotional video. Engagement is the key here. Why be a mute audience when you can be a part of the movie promo?

There is also a tumblr page for the ‘The Daily Bugle (Spideys local newspaper!) which features viral content dropping hints on the suspense factor of the film.

The director of ‘The Amazing Spiderman’, Marc Webb hosted the first ever film – themed ‘Google+ Shoppable hangout’, for fans to pick tickets and buy soundtrack on Google Play. The movie crew also conducted a hangout with the hashtag #spidermanhangout to interact with Spidey fans.

Moving away from traditional marketing mediums, the film industry has gone a long way in embracing social media marketing, gathering likes, acquiring followers and engaging through self- styled video campaigns. The striking aspect of social media is that the movie tugs at the social strings, creating a sense of involvement with the audience. It used to be that you had to go the theatre to watch a trailer of an upcoming movie. Now we have teasers that are released prior to the trailer launch to scale up the excitement factor. Movie production houses now sends out press releases, launches websites, creates movie apps, co-partners with brands that instill the feel of the film. What’s the best part? You get to buy your tickets on Facebook and invite friends too!

Humanizing is the key here. The striking aspect that these movie promos place an emphasis on is –Engagement. Breaking away from the conventional one-way interaction medium, social media talks, listens and responds. When the characters come to life, movies take the audience along on their journey creating a truly immersive experience for the movie-goer.