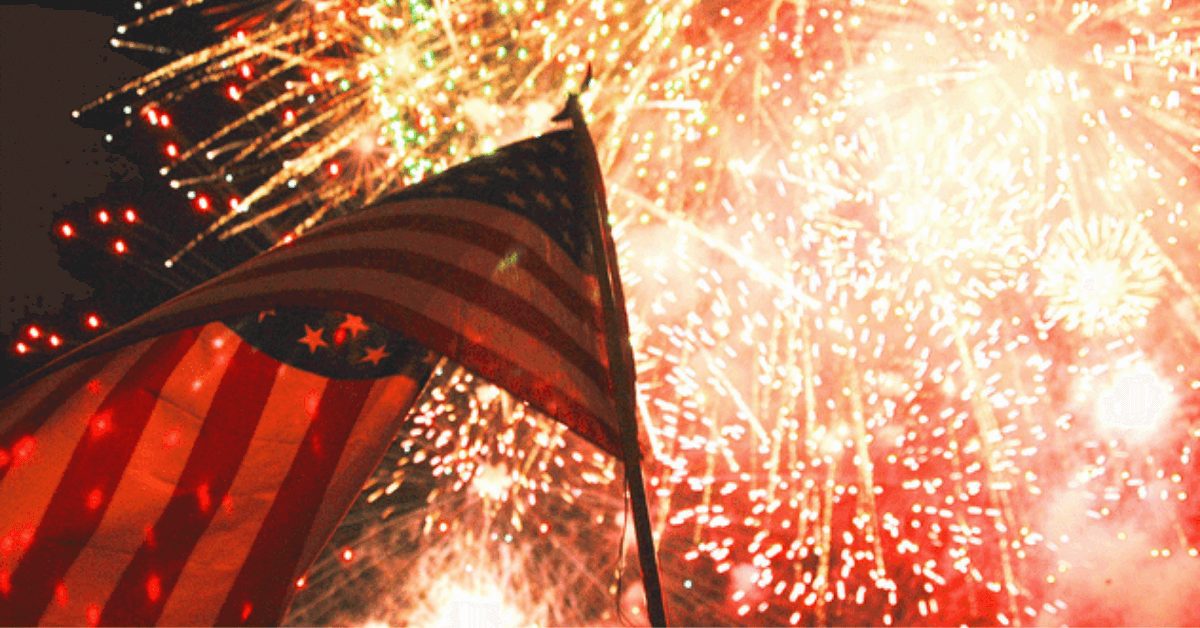 Every July 4th is a red, white, and blue party in America, and it brings out some the best content on Twitter accounts across the country. Every Twitter account that is even remotely related to American history or politics has something to say about the holiday, and it can be great fun to have your Twitter account taken over by the best of this content.

I’m going to look at the best Twitter accounts to follow for Independence Day, and for American political interest in general. They’ll have a splash of patriotism, some historical significance, and there’d better be some fireworks! So get ready to see and retweet some great American content, and help you gain trust and new Twitter followers along the way as you connect with your fellow countrymen.

If you had to pick one symbol for America, it may just be The Statue of Liberty. Her enduring symbolization of freedom and liberty for all has been in place for over a century, a will surely stand for much longer than that. Follow her this Independence Day in hopes of a seeing few exciting photos of her being lit up by fireworks! If you have any doubts about her relevancy to this list, take a look at the date on the tablet in her left hand.

Barack Obama built his presidential run on social media, working his way into the White House one new Twitter follower at a time. President Obama may have staff run his account for him, but you can find him signing in from time to time, tweets signed “-bo” are from the thumbs of the President himself!

While the last Presidency may have been defined by the power of the Vice President, the First Lady appears to be more of a second opinion than Joe Biden (whose account isn’t terribly fun). Michelle Obama may be the most powerful woman on Earth (Sorry, Beyonce and Oprah), and her presence on social media is strong. Look for tweets signed “-mo” to hear something directly from the First Lady.

Lasting much, much longer than any President will ever hope to, The White House is a symbol of American pride. The  White House Twitter account was established by the Obama administration, but here’s to it being passed on when Obama steps down at the end of his term so that a social media legacy can be created for this historic landmark.

Independence Day in NYC wouldn’t be the same without the Macy’s 4th of July fireworks display. It is often said to be one of the best in the whole country, and we’re hoping that the Macy’s Twitter account is filled with images of fireworks over the Manhattan skyline.

The National Independence Day Celebration rivals, or even surpasses the event in NYC. Not to knock the skyline of New York, but it’s tough to outdo the National Mall on July 4th! Expect the Washington DC Twitter account to be lit up with photos of the White House, the Lincoln Memorial, and the Washington Monument all bathed in red, white, and blue fireworks.

This may not be the most well managed Twitter account here, (check out the National Parks Service for something better) but they sure do give us a great view of the Mount Rushmore national monument, with beautiful fireworks, every year.

Abraham Lincoln is one of the most loved figures in American history. His speeches were legendary, his policies were radical, and he shaped this nation more than any President since the Founding Fathers. This Abraham Lincoln account tweets out historical facts about Honest Abe, and is as good on Independence Day as any other time of the year.

Steve Rogers is a man with many nicknames: The Star-Spangled Avenger. The Sentinel of Liberty. Ol’ Winghead. And, as he is best known: Captain America. In my opinion, Cap is the last true American symbol that has an active participation in today’s world. He isn’t a statue, a monument, or a dead President. He’s here and struggling with a modern American identity, despite his desire for the simpler times of the 1940’s when you punched ol’ Hitler in the jaw.

Catch one last preview for #Marvel‘s #CaptainAmerica: The #WinterSoldier, in theaters tomorrow!

Each one of these deserves its own spot on this list, but I have to group them together for space! Check out the US Army, US Marine Corp, US Navy, and US Air Force. They’re going to offer you unique images of our soldiers that no one else will have access to on Independence Day. Personally, I’m excited for some photos from the Air Force where fighter jets are flying in front of exploding fireworks. Fighter jets are awesome.

Feature image credit to the US Army on Flickr.