Here’s What Every Minute on the Internet Looks Like 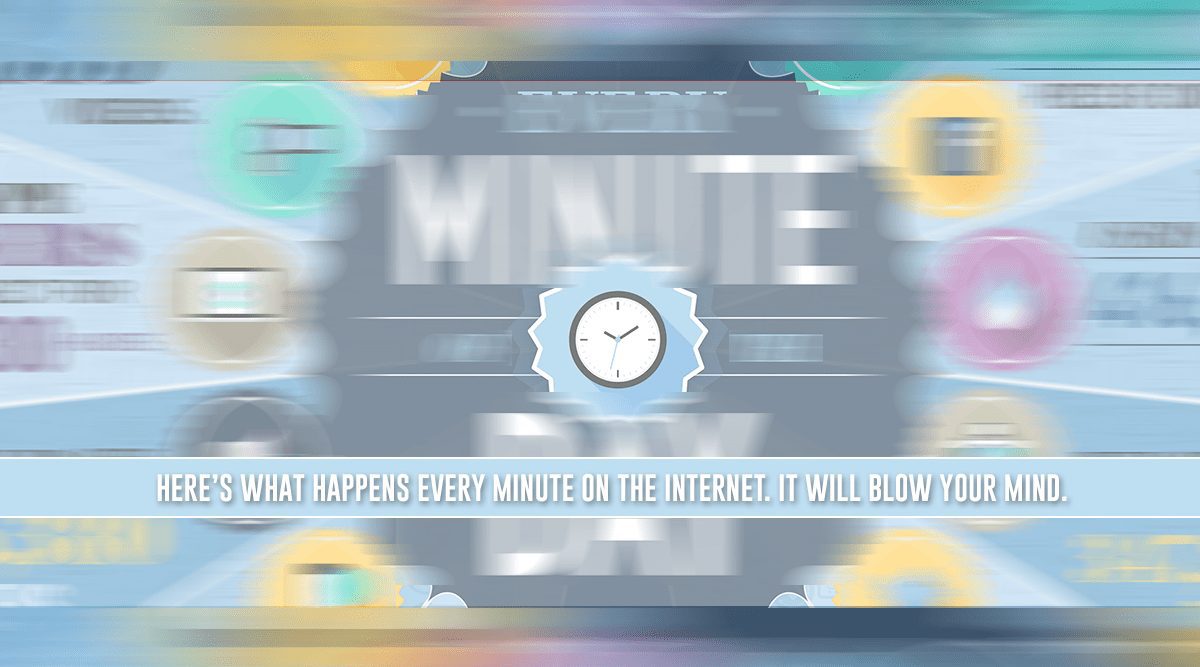 Yes, the internet is vast. Yes there’s a lot of stuff happening on it all the time. When you throw 2.4 billion people on a single network – activity is to be expected. How much activity though? Last year, DOMO created a really nifty infographic showcasing what goes on every minute on the internet. And because they’re such great guys, they decided to do one for this year as well. Here’s the infographic! 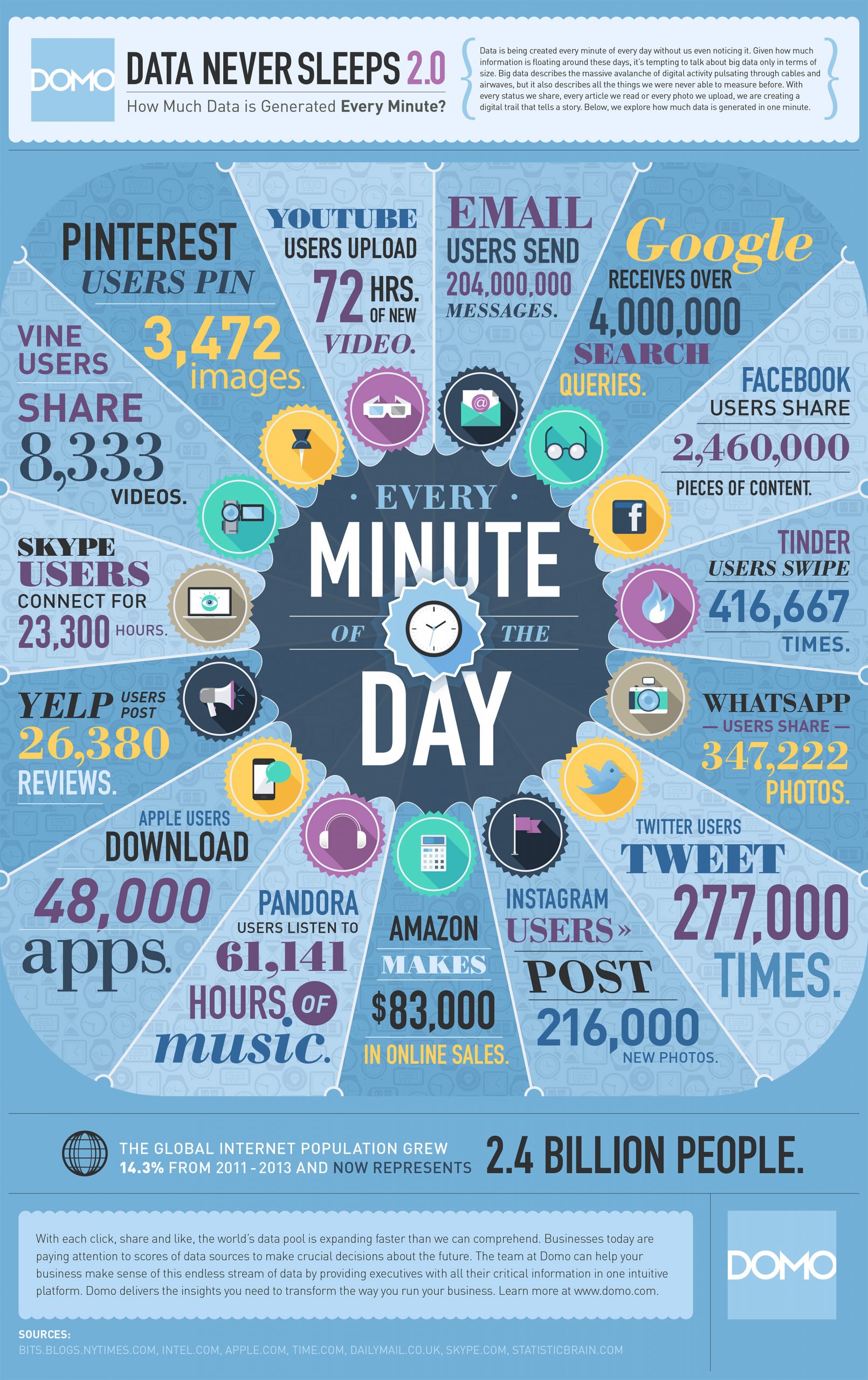 Once you’re done pinning it to your social media board on Pinterest (3,472 will be pinned this very minute) or in real life, let’s just take a look at some of the staggering numbers of what happens every minute on the internet shall we?

Some of them, didn’t baffle me as much as the others. When I took a look at the following, I was expecting them to be fairly high:

Here are some that made me go, “WHAT?!” when I saw them, and I was a little skeptical.

Of course – most stats there are mind boggling for sure, but for every minute on the internet – these numbers are just… I don’t even know what to say. Incomprehensible? Some of them might just be, but they just show how much humans like to network, share, distribute and be heard.