The NFL’s Television Strategy Would Suck on Social Media 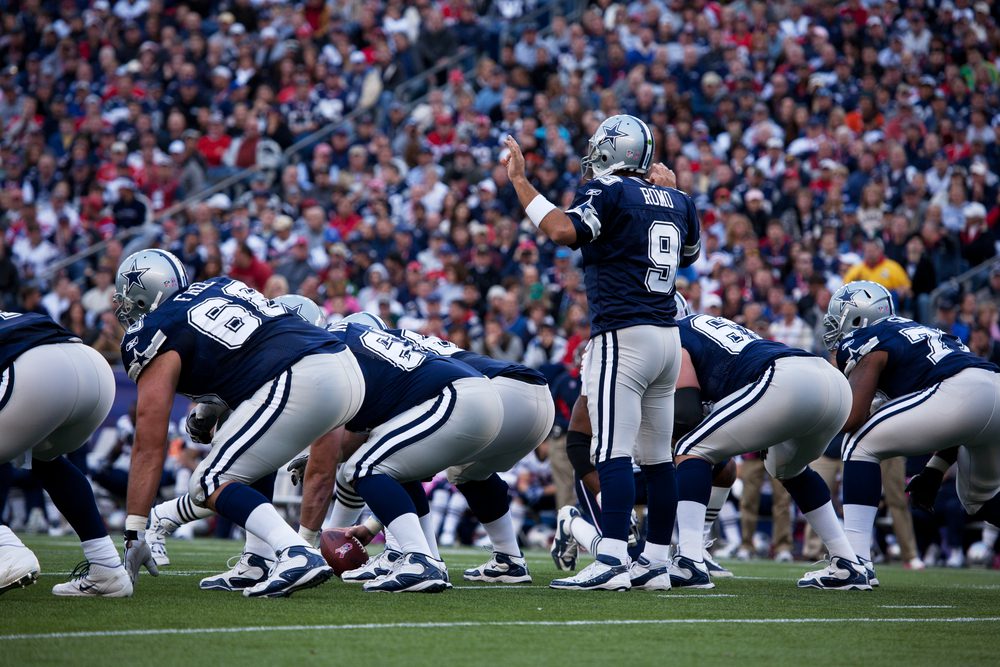 America’s National Football League is one of the most popular sporting leagues in the world. How popular? Let\’s just say that 34 out of 35 of fall’s most watched TV shows in the US were NFL games. We’re not kidding. The average game got 17.6 million viewers and 205 million Americans watched at least one game. The most watched NFL game drew 31.7 million viewers, involving the Raiders and the Cowboys.

If that’s not enough for you, you should know that the NFL’s highest-paid player Aaron Rodgers draws a salary of $43 million USD/year. If you’re not an NFL fan and you\’re wondering where you’ve heard that name – he was featured in State Farm’s hit Discount Double Check ad.

But you’re a social media marketer. What does any of this have to do with you?

A few days ago I came across a very interesting statistic. Interesting for me at least. Each conversation I brought it up in, I was given very strange looks by family and friends. So I’m trying my luck with you lot. Only 5.76% of the TV coverage of an NFL game involves showing the actual game action.

Unbelievable? Maybe you\’ll believe The Wall Street Journal. 7.85% of time was spent on showing replays, 32.98% of the time was spent showing commercials, 35.08% of the time the broadcast shows players… just standing around, and 18.32% of the time – you\’re exposed to shots of the coach, crowd and cheerleaders.  For those of you familiar with NFL games, this probably doesn\’t come as a big shock.

I stretched my imagination, and tried to correlate what each category would mean for a brand on social.

This is what fans tune in to watch the NFL for. The game. The real, actual, living and breathing content that they consume – that they enjoy. For a brand online, it ties back to something simple – the original content that the brand shares. Their unique blog posts, their insights and their special posts that their fans actually enjoy interacting with and come to the brand\’s portal for.

What fan doesn\’t like watching a replay? Every touch-down needs to be re-lived, every massive tackle needs to be seen again. Except, there\’s one stark difference. The replay is packaged very differently from the original play. A replay is in slow motion, with different camera angles that allow fans to analyze the play a little differently. Similarly, for brands online – replays correspond to repackaged original content, such as infographics, charts, or insights drawn from earlier original work.

Fans like to see this content, it gives them a fresh perspective and makes it shareable. That being said, there\’s a limit to how many times you can watch a replay.

To make money, television channels have to sell ads and commercials. In the same way, in order to be sustainable and make a profit – brands online need to have content that ties back to sales for them. Quite simply put, commercials on the NFL equate to the sales – products and services content that a brand puts online.

Shots of Players Standing Around:

Ask any fan, and he won\’t mind seeing Peyton Manning standing around talking to his pals. It gives them a glimpse into the life or behavior of a superstar athlete, and they enjoy it. But just for a little while. Showing it over and over again, the same shot – would probably annoy the fans. These shots, equate to the contextual and timely content that brands publish online around their products.

Oreo usually does some really great ones, and fan like to engage with them. But then again – not too much. The odd one once in a while is good enough.

Shots of the Coach, Crowd, Cheerleaders:

They\’re a vital part of the game as well. They\’re the ones that make things happen, that entertain – that bring about an ambience and feel to the stadium and the plays. So who does this relate back to? For me – this relates back to the team that makes up the brand itself. The CEO, the Marketing Manager, the Sales Manager – everyone else. It\’s important to have content around the brand\’s team and employees to bring about a feeling of realism to the brand, a human touch – if you will.

So, that being said – can you have sales related content dominating 32.98% of your content strategy? Absolutely not. The entire reason why the NFL\’s television coverage has become such a big deal is because that which needs to be given attention is getting the least amount. If your content strategy doesn\’t have a bias towards the real, fresh content – your brand\’s strategy will be called out as well.

So what\’s a healthy balance? That\’s the entire point now, isn\’t it. We put together an infographic that covers what a healthy split between the types of content of your brand should be.

The entire reason the Wall Street Journal\’s report made such big news was because it was shocking that just 5.76% of the television coverage was actually about the game. About what fans tuned in for. If you content strategy was along the same lines… you\’d make the news too. Not in a good way.

What does your current content split look like? Do you agree with the split that we came up with?