The Most Effective Way to Read Articles Later with Pocket 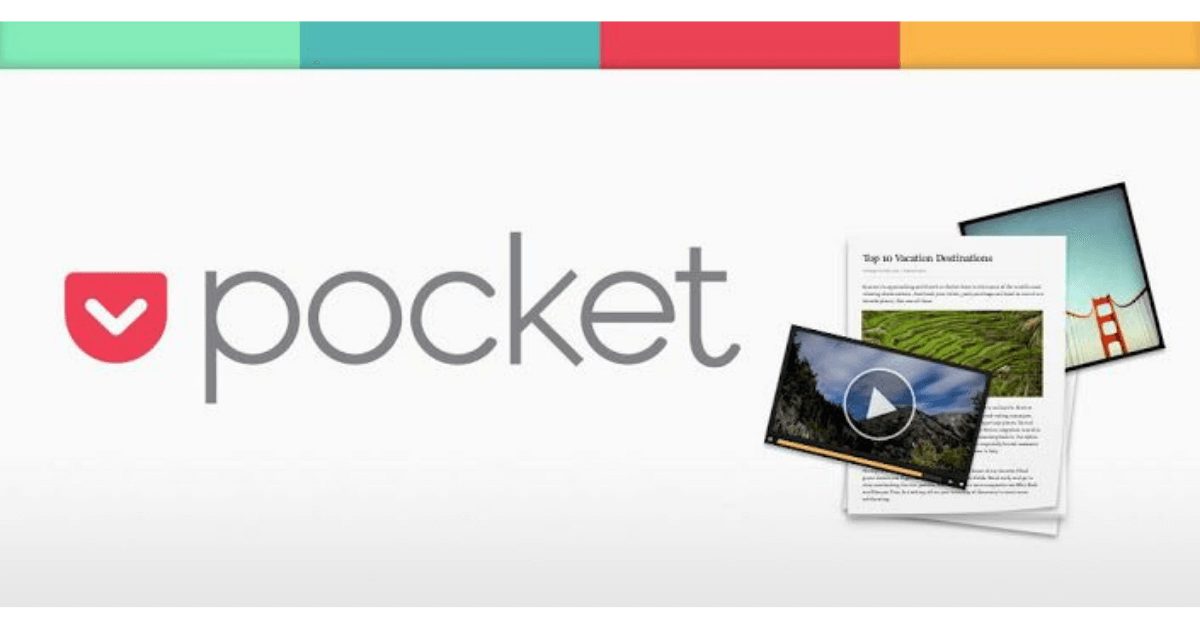 So you have just come across this article but you\’re running late for a meeting. What should you do? Well, save it for later in your Pocket.

Let me introduce to you yet another creation of social media which is known to be obsessed with making things easy for its users:  the Pocket app. Formerly known as literally – Read It Later, Pocket allows its users to save any link, video, photo into a convenient format to be viewed later.

What it really is: A read it later app that allows you to save web links, photos and videos in a convenient format which can be viewed at leisure.

Benefits who?: Anybody from a student to a fashionista, a brand manager, content marketer to a blog builder. It allows you to Pocket your favorite links/ videos/ photos, in a neat grid or list like fashion which can be viewed even without the internet, clean from all the other ads and likes that a web site page usually unloads to the browser. Perfect for commutes, travels, etc.

Price you pay: The app formerly known as \’READ IT LATER\’ shed its price tag of $3 and is now available for free across all platforms.

Whether you’re browsing online or on-the-go with your favourite apps, Pocket lets you save great content wherever you find it.

It’s All About Convenience

Pocket (formerly known as Read it Later) was founded in 2007 by Nate Weiner. The world\’s leading save-for-later service currently has more than 10 million registered users and is integrated into more than 500 apps including Flipboard, Twitter and Zite. It is available for major devices and platforms including iPad, iPhone, Android, Mac, Kindle Fire, Kobo, Google Chrome, Safari, Firefox, Opera and Windows.

Nate Weiner – The man behind the App

What hasn’t changed is our focus. Read It Later was a simple tool that focused on doing just one thing: saving things for later. Pocket is about taking all of the core parts of what people did with Read It Later and making them better, easier, and quite honestly, just a lot more fun to use,said Nate Weiner when asked how the app Read It Later developed into Pocket.

It’s an elegant idea that offers readers a respite from the increasingly cluttered web by displaying content stripped of the usual clutter of navigation, buttons, sidebars (and notably, ads). Now dubbed Pocket, the app expands beyond just text and web pages by now offering video and image support. Also notable is the price: Pocket is now free! The app offers a complete design overhaul across all supported devices.

Once the free pocket App is downloaded, the simple user interface makes it easy for its users to make the most of it. The desired articles, videos, photos can all be saved through a simple \’pocket tab\’ on your browser window.

The Design and User Interface

Upon logging into Pocket, you’ll be greeted with a full list of saved content, which can be filtered by article, image, and video. It has a bright and clean user interface. Like many apps in late 2011 and 2012, Pocket has opted for a relatively flat look that serves to put the focus on your saved content instead of glossy bars and drop-shadow heavy overlays.

Visually, the app is a mix of clean whites and shades of gray, which helps to emphasize the colorful thumbnails tied to many of the entries. Pull to refresh can be used to sync your latest saved articles, and you can swipe on any entry to reveal options to tag, archive, save, trash, or share with other services.

Prioritizing Your View-ability with Tags

One of Pocket’s biggest new features is the ability to filter by content type; you can sort by image, video, and traditional text. The saved items can be categorized based on interests and priorities in the form of tags or lists. They can be Favorited and starred giving you a personalized experience. With its enhanced user interface, the app allows its users to prioritize what they save.

The tag feature, is a great tool for content marketers who can save their favorite links and articles in various tags based on their importance and criticality. The app allows its users to save the links while they are viewing it with a simple click of the button. The saved items can be tagged immediately based upon there priority to be read under various tag head such as Social Media Marketing, Infographics, Articles, Reports, etc.

Save files while surfing!

Categorize your saved items through TAGS in your Pocket

The Versus Game: Pocket, Readability and Instapaper

So with a range of apps to choose from, which one would serve a user best?

When Nate Weiner was asked if Pocket could be the first service to really “mainstream” the save-for-later concept, the young CEO brimmed with positive enthusiasm quoting, Absolutely yes — our hope is that Pocket will take ‘save-for-later to the mainstream. A ‘save for later’ service has to have ubiquity. It has to be available on every platform and supportive of all types of content. The world is visual and about more than just text. What Pocket has finally solved is finding a way to be all-encompassing while still keeping it beautifully simple.

Pocket supports your device of choice and the apps you use. It has a solid feature set and a well-put-together interface, plus it\’s supported by nearly everyone that supports a bookmark and read later app. With its added benefits in the form of the tag, archives, favorites and viewing experience, the app definitely creates a stand for itself. All this, when available at zero cost, this app definitely gets the applaud. Thus, if you want to read it later, Id says simply POCKET it.