A Marketer’s Introduction to LINE

If LINE was a person then he/she would be cute and expressive (with stickers), smart (with the app design), simple (with features), good communication skills (with chats, voice calls and video calls), popular (with Professional accounts) and a great buddy to have (native mobile app). No wonder, it got 100 million friends in 19 months. It took Facebook 54 months and twitter in 49 months to respectively to reach that milestone! 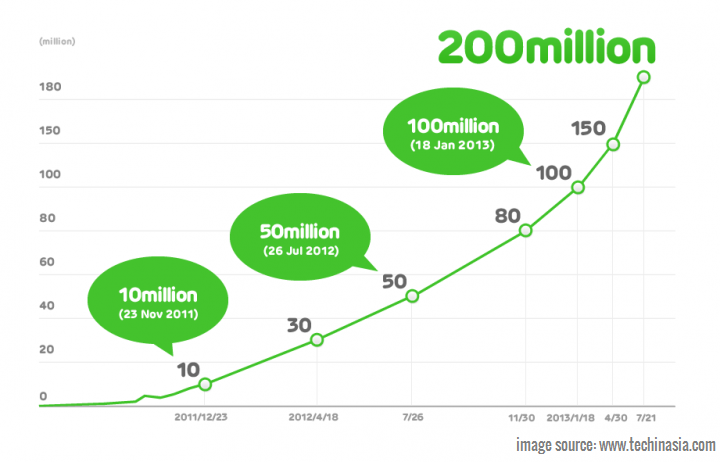 LINE has moved the market with its tremendous growth in countries outside Japan, especially Spain, and is now looking to capture UK and USA as their market. “80% of our traffic is from outside Japan,” said Sunny Kim, Senior VP and Head of Business Development for Line Euro- Americas in an interview with The Guardian. Before we get into analyzing how marketers can use LINE here’s a brief overview of the application.

As an introduction to LINE, it is more than an instant messaging app, it has been called the “closed social media platform” which attempts to make communication simple, uncomplicated and expressive. It’s features are very basic which a user would definitely use. LINE attempts to make communication simpler, and it also gives importance to the privacy of the user. It keeps playing with its features, if a particular feature does not receive good response during its testing, it is pulled out and shelved. LINE intends to keep only those features available to users which they will actually use. It also doesn’t add people as contacts automatically.

You can shake your phones to add each other as contacts, or use a QR code. Basic features available are a Timeline, Chats (including Voice and Video), Stickers, Notes, Official accounts, Games, Apps and Notices. 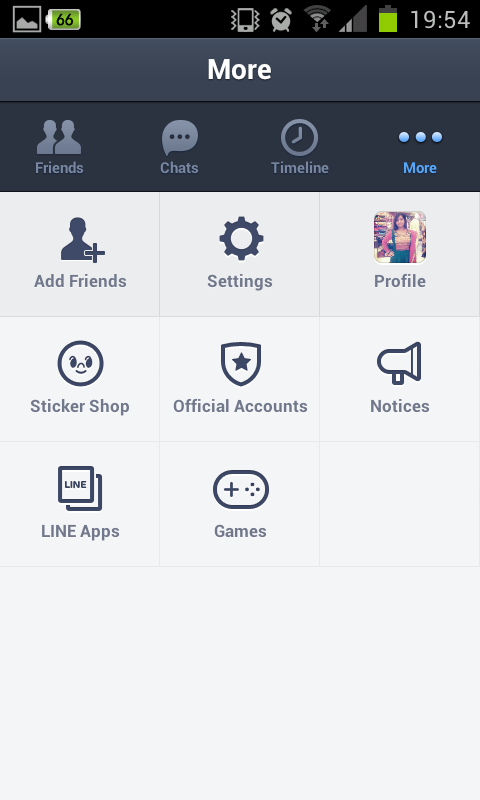 The most popular feature however, of LINE has been the stickers. It’s got its own characters, emojis, complete with a cute bunny and an adorable brown bear. 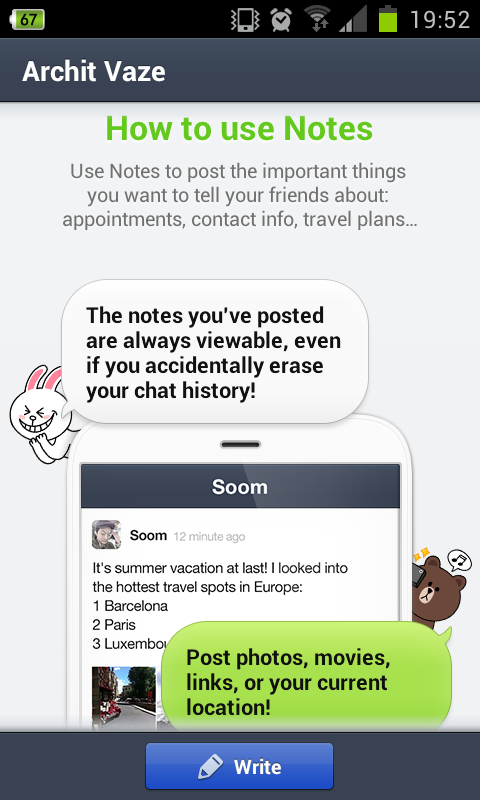 LINE was born in Japan in 2011. It was developed by the employees of NHN Japan (Naver Corporation) as a response to the disastrous Tohuku earthquake in March 2011. It was released to the public in June 2011. LINE is used by especially by the age group below 30+ in over 230 countries. It has recently got 300 million users, which is a truly remarkable number. LINE is growing extensively in Spain and South Americas, however, it is still attempting to break into the UK and U.S. market.

Jeanie Han, U.S. CEO said in an interview with techcrunch said, “In Spain it just kind of grew organically… I think it had something to do with the fact that the Spanish people are very passionate, and they’re very expressive and they really loved using our stickers to communicate with each other so it just took off.”

LINE has a feature called Official Accounts, celebrities like Paul McCartney, Katrina Kaif, Snoop Dog, and many more across the globe have joined LINE and created their Official Accounts. Brands like Mc. Donalds, SONY, have joined, even sports personalities like Rafael Nadal and football club – FC Barcelona have an official account on LINE. 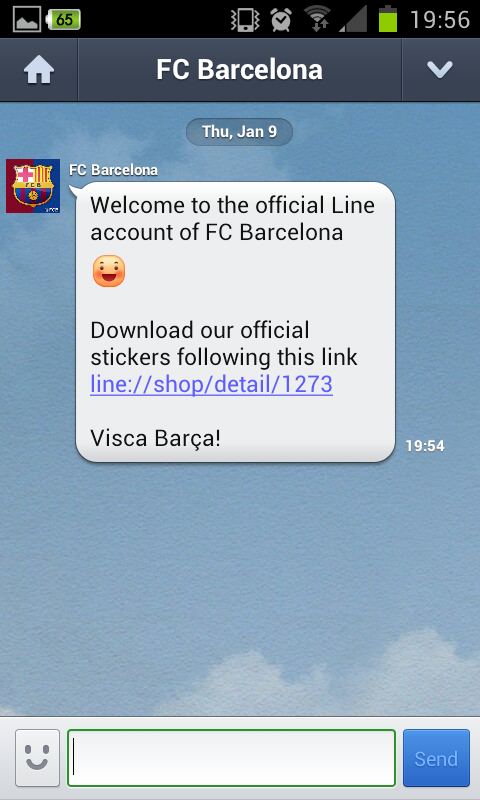 This is the first message you get when you follow FC Barcelona. Every Official Account has this feature of automated responses. A lot of brands ensure to convey that they are not sending the message personally, and these are automatic response. They also mention (sometimes) the method to switch of notifications for such messages. Brands are using Official Accounts to giveaway Coupons. They are also using (Like FC Barcelona) to create and share their custom stickers.

I’m sure by now, you have realized that LINE has a great potential for advertising. We’ve shared some great ways to use LINE for marketing.

LINE makes about “$10 million a month in revenue” on stickers alone. They give away a pack of 40 stickers for about $1.70. Stickers are hot in the app market. Viber, Facebook messenger have introduced stickers in their apps. LINE made Facebook reconsider their strategy on simple smileys. In an interview with New York Times, Neha Dharia (analyst at Ovum) said, “If any app can make a giant like Facebook rethink their strategy, then that is the surest sign of the potential power of these services.”

Tip: FC Barcelona recently launched their pack of stickers for their fans. Stickers are a great way to generate revenue for the brand and at the same time engage the fan personally in something fun with a potential to go viral. 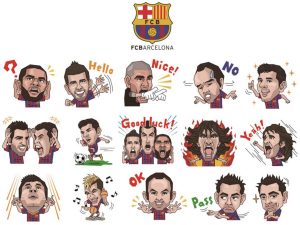 Games are a popular app on most of the networking or messenger platforms. Similarly, according to an interview in New York Times, LINE games account for about $25 million a month in sales. Their games LINE pop and LINE bubble were amongst the top 10 games on Google Play and iStore. Sunny Kim, senior VP and head of business development for LINE Euro-Americas said in an interview with The Guardian, “there are now more than 36 games on Line, which have collectively generated more than 190m downloads.”

Tip: Brands can come up with interesting LINE games which are free to install and play but require the user to do in-game (environment) shopping to continue to play or grow in the game. Studies have shown that users tend to spend on in-game shopping and is a great way to monetize the games in apps. 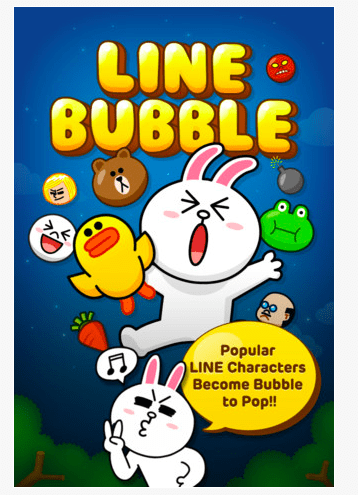 Music is expected to play a major role in LINE’s future. They will be soon launching a service called LINE Music. The idea is to capitalize on more interactive content. As Kim says, “Our proposal to celebrities, especially musicians, is that we are operating in a smartphone and 3G or 4G environment, so you should try to push more interactive and video content, not just a text.” Also, from the official account it can be seen that how many LINE users have watched the video on real-time basis and for how long the video was played. Kim goes ahead to say that “For famous singers, they can easily have a million subscribers on Line. That’s the minimum, actually!”

Tip: Any celebrity or musician or even a brand with a new music jingle can share it with the fans who have opted to receive the message on LINE from their official account. It’s a great way to bring your content to a select audience for their reviews, feedback or even a contest.

LINE has developed itself as a great B2C co-marketing platform. By introducing its official accounts, brands are able to use the account to reach the customers directly, and have one-to-one communication right on their phone, like a chat with a friend (almost). LINE is “giving brands and celebrities their own marketing channel to talk to and sell directly to Line users who have opted in to receive their messages,” said Han in an interview with techcrunch. Ogilvy’s analysis of the platform also suggests that it can be a big player in the field of e-commerce space with continued partnerships with brands.

McDonald’s used LINE to giveaway coupons and other promotional offers. Also Ogilvy’s report suggested that Rakuten Online Shopping is looking to encourage mobile shopping. So, as brands it would be a great idea to giveaway special coupons to your LINE fans and ask them to bring it along to your offline store or enter the coupon code on your online store.

Either way – a specific audience can be targeted using coupons. Multiple promotional offers can be run as well using the simple app. Messages can be sent to the Fans to redirect them to the mobile store of the brand where they can use the coupon codes and shop.

As a parting note, while Ogilvy’s report suggests that it might be too soon to predict the impact of LINE on US market, but if it gets picked up in the continent of US then it has the potential to be “one of the top social networks for under 30s,” and this is the perfect target audience for most brands.

LINE claims to have some advanced marketing tools which can be really useful for us marketers while planning and analyzing our strategy for the app. So, are you going to go on LINE?