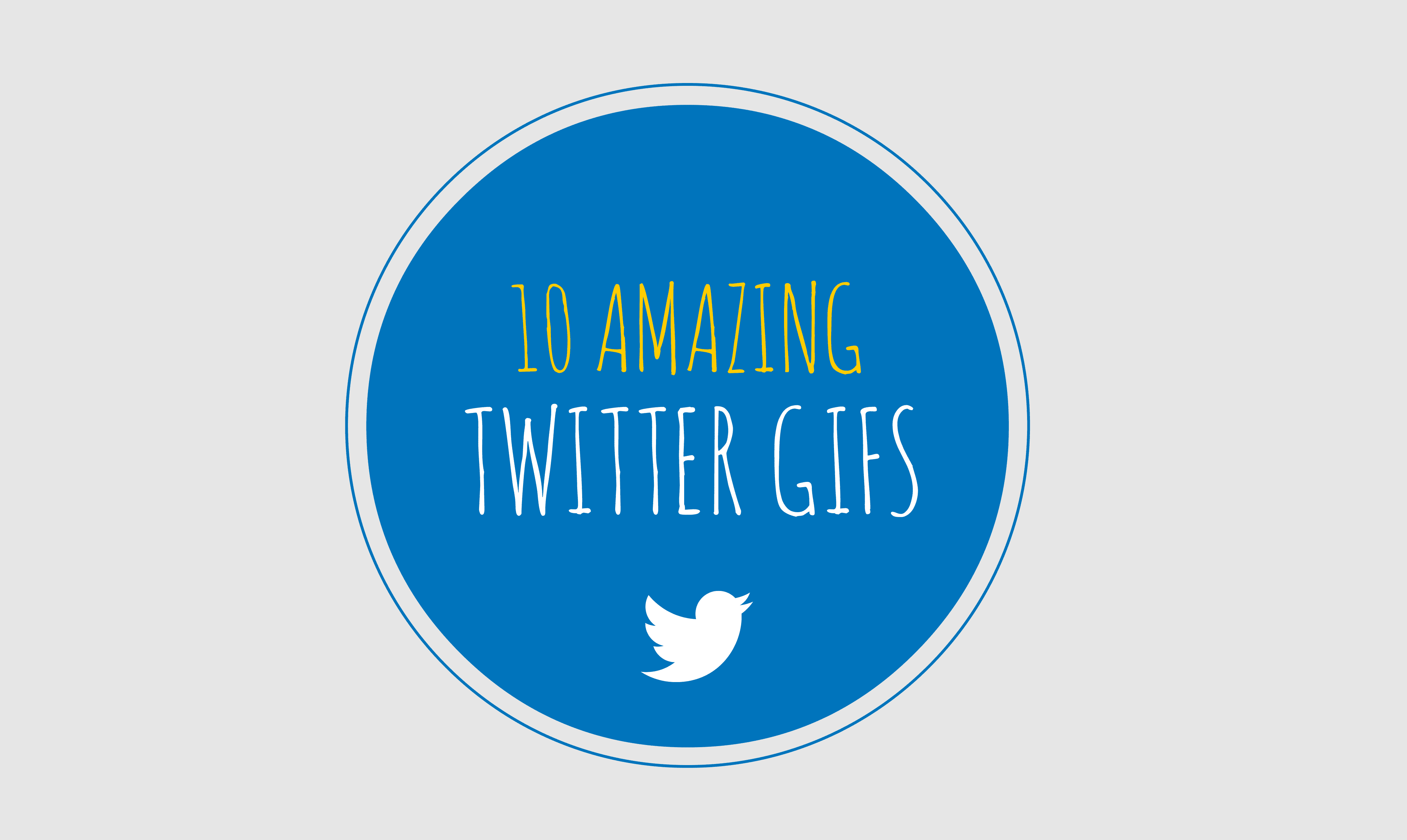 Twitter announced the arrival of the GIFs with a GIF of their own last week, and it was like every brand on Earth with a Twitter account had been sitting on a big pile of great GIFs. It was a GIF explosion right from the very beginning, and we\’re loving it. Here are 10 of our favorite Twitter GIFs so far!

Twitter got it started off right with a GIF that both poked fun at the pronunciation of GIF, it has a soft ‘g’ like Gin, and was just ridiculous as so many funny GIFs are:

Starting today, you can share and view animated GIFs on Android and iPhone.

This image takes full advantage of the continuous looping feature of GIFs as we gaze upon a mesmerizing repeat of Oreo cookies…that…makes me….need cookie…:

Wendy’s is a type of business that isn’t commonly associated with social media, just tasty hamburgers. Their innovative use of their logo is sure to keep people’s mind on their brand. They had 832 retweets as of this writing. Now those are some social hamburgers:

Is there something on our cheek?

I am a bit of a geek, especially when it comes to science. Neil deGrasse Tyson’s Cosmos TV series is doing plenty to bring science to the general public. This GIF of a rotating star is a perfect example of the beauty that is out there for us to learn about, and is perfect for sharing as social media users want to impress their friends with beautiful images:

Remember: The elements we’re all made of were cooked in the fiery hearts of long vanished stars. #StarStuff #cosmos

Let’s talk about food again. Arby’s is a bit of an offbeat brand, their marketing is also a bit unusual. To coincide with the World Cup and their general weirdness, here is a GIF of one of their famous curly fries playing soccer. Ronaldo beware, this guy could seriously curl one in there too:

Just when you thought @Twitter couldn’t get any better, now we can post a GIF of Curly Fries playing soccer.

Jeep loves taking every chance they can to show off how tough their vehicles are. When you pair up that machismo with a usual locale, you get a GIF like this:

As if Soccer.com wasn’t getting enough attention during the World Cup, they had to send us an unforgettable GIF that is funnier every time you see it. They went over 200 retweets and favorites in a hurry, and who would be surprised? The kid’s adorable!

Our reaction when we just found out @twitter now supports animated GIFs.

In a similar vein, Major League Baseball sent us another young fan that got some pretty decent retweets and favorite numbers. You have to keep it PG – soft R rated on Twitter. With that in mind, cute sells to the tune of nearly 700 retweets:

Okay, enough cute. Mountain Dew pride itself on creating edgy marketing materials and truly engaging with their audience. Their first GIF clearly illustrates this: flashing neon lights, bacon, a kitty, a bottle of Mountain Dew… It’s like a GIF so much like bad 90’s web advertising that it’s good. Just don’t ask me what “FTW” stands for:

FTW! GIFs are now on Twitter! Tweet us the greatest GIF of ALL TIME to help us crown the #KingOfGIFs!

I saved the funniest, and the best, GIF of all for last. With this one GIF, The Office on NBC won all GIF-ing from here on out. Your brand may attempt to gain Twitter followers in some way, but it will never reach the soaring heights of this perfectly on-message GIF: GIFs on @Twitter? That’s huge!